He built his reputation while playing with the GRAMMY-winning Los Angeles Guitar Quartet. He was a member of the quartet for sixteen years until leaving to pursue a solo career in 2006.

Like Professor Derek Day, who's also featured on this site, Andrew is a jazz guitar virtuoso, as well as a master of the classical guitar.

Like many of the top classical guitarists, he studied in Spain, in his case thanks to a grant from the Del Amo Foundation. His jazz guitar studies were with Joe Diorio and Lenny Breau. 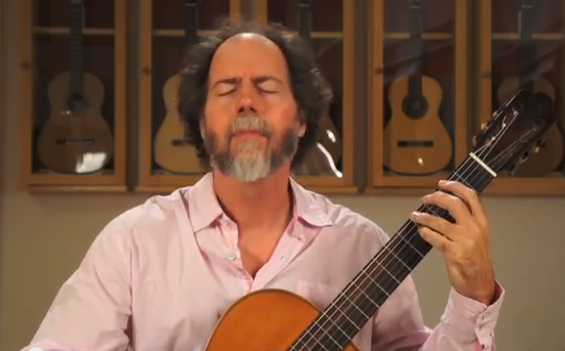 As is if that's not enough of a pedigree, he holds a Master of Music degree from the University of Southern California.

To cap it all, he's the only USC graduate ever to receive the Outstanding Alumni of the Year award twice. He did this in 1997 as a member of the Los Angeles Guitar Quartet, and in 2003 as the sole recipient.

York's Work as a Composer

His compositions have been recorded by some of the greats of classical guitar, such as John Williams, Scott Tennant, William Kanengiser and Christopher Parkening.

His music is published worldwide by the likes of Mel Bay Publications, Hal Leonard, Doberman-Yppan, Gendai and Ricordi of London.

If you'd like to hear some of his amazing work, then use the slideshow below to order CDs or DVDs from Amazon.com. Shipping is free.


Is He a Favorite of Yours?

Have you seen York in concert? Is a recording of his one of your favorites?

Share your thoughts about Andrew York here. It's simple to do and you will be spreading the word about a fine classical guitarist and hopefully introducing his work to a new body of fans.